A critical water main has been installed on the new Lilac Bridge in Hooksett Village.  The new pedestrian bridge was constructed in 2017-18 after the demolition of an old vehicle bridge at the same location.  The old bridge, built in the early 1900s and partially destroyed by a flood in 1936, had not been used since the 1970s.  It had deteriorated to the point where it needed to be removed, but still contained a critical sewer main transferring sewage from the Riverside Street area to Veteran’s Drive.

In 2016, a major failure of the water main below the Main Street Bridge just south of Lilac Bridge raised awareness of the vulnerability of the Precinct to possible future failures.  Since the 1970s, the Precinct had relied exclusively on that river crossing connecting key components of the water system on each side of the river.  The Town and Precinct agreed that a new redundant crossing was urgently needed.

With the Town’s generous support, the addition of new water and sewer mains below the new pedestrian bridge solved both the Precinct’s and Sewer Commission’s problems.  The large-diameter mains are constructed of rugged, durable HDPE with the latest pipe-hanging and expansion joint technologies.  Short but critical old sections of asbestos-cement pipe at each end of the bridge were also replaced where the crossing connected to the existing distribution system.  Valving was also improved. 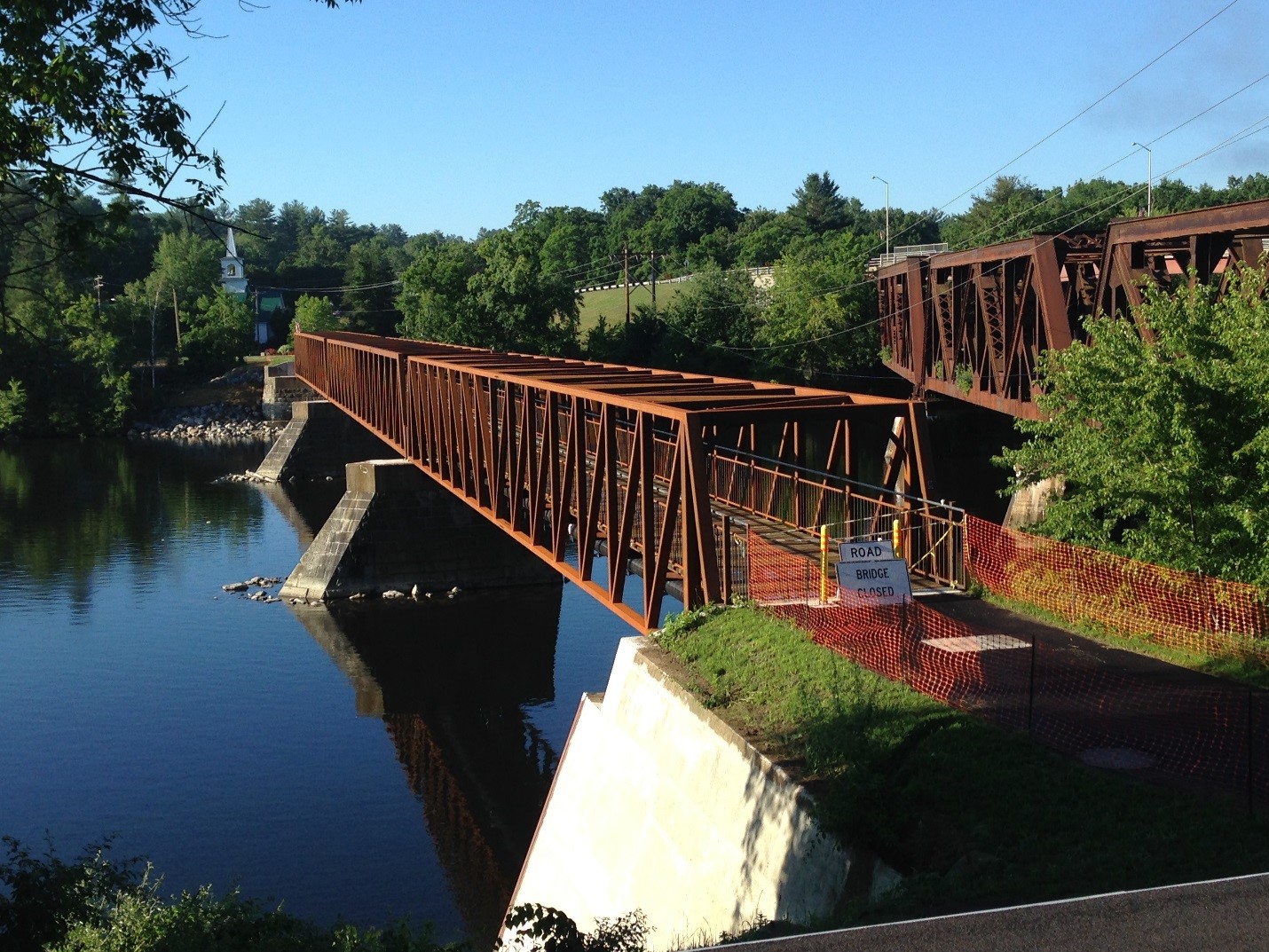